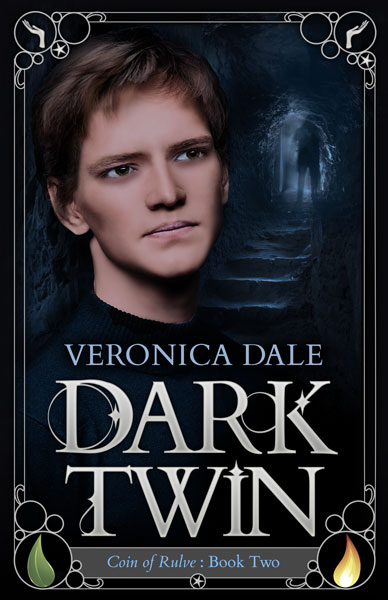 “A richly-imagined tale of the struggle between the persistence of goodness and the corruption of power within the heart of a single youth—an absorbing follow-up to Blood Seed, the first book in the series.” ---Debra Doyle, PhD, co-author of Knight's Wyrd, winner of the Mythopoeic Fantasy Award

Order Now!
About the Book

Born in a land devastated by a reign of terror, Teller is snatched as an innocent boy into the brutal lord’s subterranean stronghold. Mind-probes twist his memories of home, and he grows up into an eighteen-year-old dark rebel. He simmers with hatred for the extended family he believes abandoned him and the lord’s four Vols whose mission is to corrupt and redefine him. A mysterious parchment hints of a chosen one with a name similar to his—and a connection to the twin brother he barely remembers. When he discovers within himself the legendary power of fire, the beautiful slave Liasit demands he decide who he truly is. But of the three names among which Teller must choose, one will break his heart, another will break his will, and the third will condemn what is left of his soul.

What readers are saying:
“Firmly rooted in the fantasy genre yet laced with intrigue, political purpose, and moral and ethical issues.”…“Wow! Just wow!”… “Pacing, action, tension, conflict: it’s all here”…“I don’t often read fantasy, but I’d read this entire series straight through.”…“full of raw emotion”…“I can’t wait to read the next two books!”…written by “a master of description who keeps all five senses a-tingle.”

Preview
Disclosure of Material Connection: Some of the links in the page above are "affiliate links." This means if you click on the link and purchase the item, I will receive an affiliate commission. I am disclosing this in accordance with the Federal Trade Commission's 16 CFR, Part 255: "Guides Concerning the Use of Endorsements and Testimonials in Advertising."

Who's Jim Hines? is a story based on real events about Douglas Ford Jr., a twelve-year-old African American boy growing up in Detroit in the 1930s. Doug's father owns the Douglas Ford Wood Company, and Doug usually helps his dad around the scrap wood yard located in the side lot next to their house.