Flash fiction is described pretty well by the many names it goes by: micro fiction, very short story, short short story, and my favorite, postcard fiction. The list goes on, but you get the point—short. With the standard word limit for a short story at 2,000 words, anything under that could be considered flash fiction. Nevertheless, word counts of 500, 100, 75 and 50 have become fairly standard forms.

These works are not a story fragment or sample. Each one, no matter the size, even down to six words, has to be a complete story.

Jason Gurley on writing-world.com wrote about writing flash fiction. He offered these questions: Is there a definable plot? Does your story make its point and drive it home? Is every word absolutely essential to the story? Good questions, especially that last one, “Every word essential.” It became a mantra of sorts, when I was getting into the nitty gritty of flash fiction, stories with word counts of twenty-five, ten and even six. That is where my experience with flash fiction began.

I started with a few six-word memoirs. Larry Smith of Smith magazine started a six-word memoir challenge in 2006, inspired by the famous six-word story often attributed to Hemingway, For sale: baby shoes, never worn. The six-word memoir has become hugely popular. A free contest shows up every few weeks with a different theme at http://www.sixwordmemoirs.com/.

However, I was more intrigued by several contests offered on-line by Gotham Writers,

https://www.writingclasses.com/, a writing school located in New York City. I also coveted the prize of a free writing class offered to the first-place winner.

I plugged along, sending in a 91-word memoir, two 25-word stories, and a ten-word story. What was most beneficial in my attempts was reading the entries of previous contestants. The winning and runner-up pieces were published on the website. I went to school on those entries.

What I discovered about this ultra-short form is that a beginning, middle and end cannot be fully formed but rather must be suggested. Like a puzzle, the words have to give clues as to what your story is truly about. Everything else will be completed in the mind of the reader; there the story is filled in. It is like jumping right into the heart of the story and one can only hint at the beginning and the end. Every reader’s interpretation will be different —that’s part of the fun.

When I sent in my second ten-word story, I was shocked and pleased to find out I had won. I encourage you to give it a try. Many contests can be found on-line and flash fiction is often included in many writing competitions. Flash fiction can be the distillation of the writing you already do. 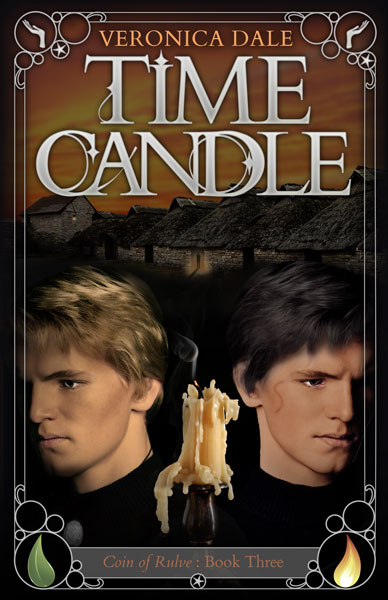 A small group of resistors races against a deadly poison to save the lives of twin brothers, the only ones with the power to challenge a vicious despot’s rising malice. In a journey of risk, heartbreak and courage, a divided community learns what it takes to be forged into one.