That’s how I got a publisher’s contract for my historical novel Celestina’s Burnings.

Sounds crazy, I know, but Twitter is a great resource for writers. It’s easy and a great way to get your pitch seen by the publishing world. Agents, editors and publishers are all over the website, searching for their next book.

I didn’t start out so enthusiastic, however. The thought of throwing out my pitch on social media made me cringe. Then, it came to me that if no one favored my tweet, my pride was all I had to lose. In that case I could always delete my pitch. No harm, no foul.

So, in a burst of bravery, I participated in a Twitter pitch party called #PitMad, where writers tweet a pitch for their completed, polished and unpublished manuscripts.

You should see this thing. Pitches come in from throughout the world, in different languages and alphabets. It’s so popular that it trends on Twitter all day long.

Believe me, I had very little hope that this one tweet would be the thing that finally kickstarted my dream. A dream ten years and a hundred rejections in the making.

During the one-day event, agents and editors and publishers make requests by liking/favoriting the tweeted pitch. Back then, a tweet had to be no more than 140 characters; now, you get 280. If your tweet is liked, you’re sent to the editor or publisher’s website to follow their particular guidelines for submission.

In my case, unbelievably, the publisher of Literary Wanderlust, a small traditional publisher located in Denver, liked my tweet. That was how the publishing contract for Celestina’s Burnings came about.

Now, before that tweet, I’d always followed the staid tradition of researching literary agents and then writing them formal email queries. Then, I’d wait.  Responses sometimes came quickly, or they’d take six weeks, or in many cases, an answer never came. When a response arrived, it was usually a “canned” rejection, which is understandable considering the volume of requests literary agents receive for representation.

On #PitMad, there is no one policing your manuscript. It’s just raw opportunity.

And if it works, #PitMad is a thing of beauty. Your pitch goes straight to a great publisher or editor.

For those interested, there are a few simple rules to follow to get you started. Check out the #PitMad or #PitchWars website. Next #PitMad pitch parties are Sept.  5, and Dec. 5.

It’s still a wonder to me that Literary Wanderlust Publisher Susan Brooks somehow found, and then favored, my tweet.

The rest, I’m delighted to say, is history. 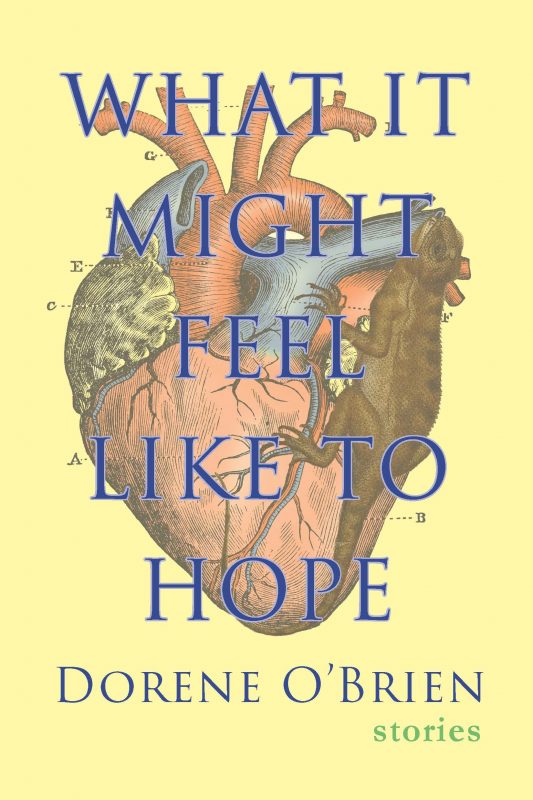 What It Might Feel Like to Hope, the third collection from award-winning author Dorene O’Brien, is a masterful and eclectic mix of stories that consider the infinitely powerful, and equally naïve and damning force that is human hope. A couple tries to come to terms with one another as they travel west in the uncomfortable twilight of their youth; a mortician and an idealistic novelist spar about the true nature of death; an aspiring author hopes to impress Tom Hanks with zombies; a tarot reader deals out the future of Detroit. Showcasing her diverse talents, O’Brien offers a panoply of characters and settings that dwell beyond the borders of certainty, in a place where all that has been left to them is an inkling of possibility upon which they must place all their hopes. These stories offer a variety of tones, forms, and themes in which O’Brien displays an amazing range and control of her craft, all while exploring the essential nature of humanity with nuance, empathy, and at times a touch of skepticism.