After returning home from burying her father on Independence Day, ten-year-old Claudia Goodwin watches from the kitchen window as neighbors drag picnic tables and coolers into the middle of the street to celebrate the holiday. How, Claudia wonders, will she fit into this new fatherless world with the old one still going on around her?

Invincible Summers (ELJ Publications; Trade Paperback Original; ISBN 978-1-94200-421-9; $22.99; 238 pages) follows Claudia through eleven summers, from the age of six through twenty-three, as she adjusts with varying degrees of success to what it means to be a daughter, a sister, friend, and lover in a world of loss, betrayal and bad judgment.

Set in a middle class suburb outside of Detroit in the 1960s and 1970s, the novel shows Claudia’s pursuit to find a purpose as she struggles with feelings of rootlessness in a world torn apart by assassinations, riots, and the Vietnam War. It is a coming-of-age story of one woman’s journey through the guilt and responsibility she feels for her father’s death, her mother’s career-altering disfiguration, and her brother’s downslide into drugs and alcohol.

Invincible Summers weaves a tale about grief and forgiveness and the indelible heartbreak of all the things left unsaid.

Robin Gaines is an award-winning journalist and fiction writer. Her short stories and essays have been published in several newspapers, magazines and anthologies, including Slice, Crack the Spine, Spindrift, Oasis: A Literary Magazine, Willard & Maple, The Homestead Review, Redux Literary Magazine, The Citron Review, Current Magazine, and Porcupine Literary Arts Magazine. Invincible Summers is her debut novel, which was a semi-finalist for the Iowa Short Fiction & John Simmons Short Fiction Award for 2014.

She received her MA in journalism from Michigan State University and worked as a research intern at Rolling Stone while freelancing for various music publications. Gaines has interviewed or reviewed acts ranging from Peter, Paul and Mary to Alice in Chains. Music, or the business of music, finds its way into much of her fiction. She is a member of the Detroit Working Writers and the Metro Detroit Book & Author Society. Born in Detroit, she lives half the year outside of Ann Arbor and the other half on a lake in Petoskey, Michigan. 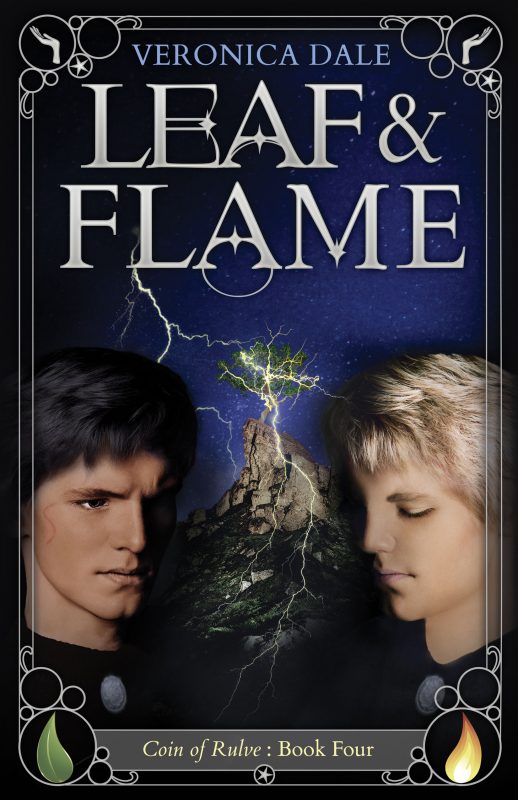 Leaf and Flame is the final volume of the four-part Coin of Rulve series. It, along with the other Coin books has been awarded the five-star Silver Seal Award from Readers Favorite Book Review. The novel bridges several genres, including literary fantasy, tender love, psychological thriller, and the spiritual journey.